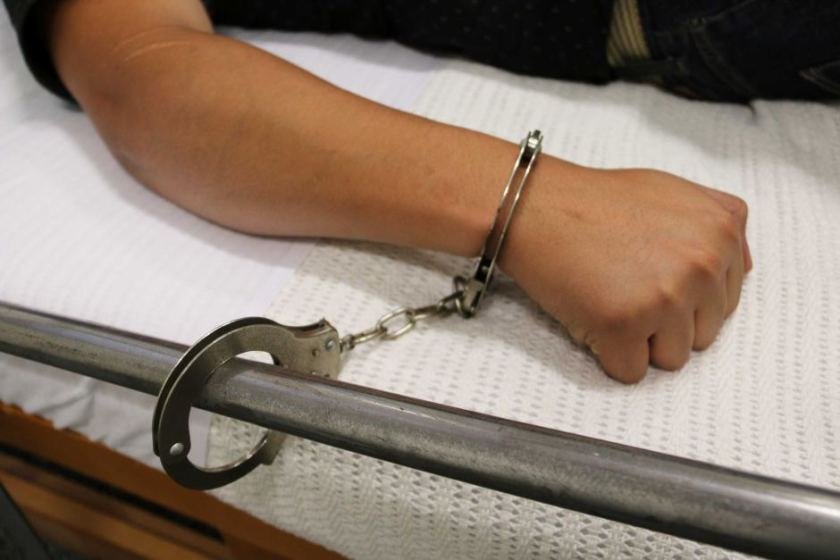 I will never forget the day I met my client Samuel.

I normally see my clients at my office or in a detention centre.

But on that day, I was called by a client’s father to urgently come to the hospital to see his son Samuel.

Samuel was a young man from West Africa who had come to the UK when he was 14 to join his father, who was here on a work permit.

Although his parents and siblings all naturalised as British citizens, Samuel never did because of the huge cost involved.

As he was not British, Samuel was now facing deportation after he was convicted of a criminal offence he committed as a teenager.

While he was in prison, he was recognised as a model prisoner and received many awards for his work to fight gang crime, drugs and youth offending.

He was treated for it and it went into remission.

But one day before he was due to be released from prison, having served his sentence, he fell ill and was taken to hospital.

As his sentence officially completed while he underwent tests in hospital, he suddenly found two burly officials by his bedside.

They identified themselves as Detention Custody Officers (DCOs) working for the Home Office and issued him with papers notifying him that he was being detained under immigration powers.

The Home Office had decided to deport him back to his country.

From that point on, the DCOs told David and the hospital staff that they were authorised to keep a 25 hour watch on him.

When the test results came back, the consultant doctor asked the DCOs to leave the room so they could inform Samuel and his family about the results.

They refused to do so.

So in the presence of the DCOs, the doctor broke the devastating news to Samuel and his family that his leukaemia had relapsed.

This was a clear breach of patient confidentiality and the Home Office’s own detention policy regarding information relating to a detainee’s health.

Even at that point upon hearing the news, the DCOs refused to leave the room.

Despite the consultant’s protestations that Samuel now needed to be in an isolated ward to protect him from any risk of infection, they refused to leave.

Most shocking was when they told me how they handcuffed Samuel even while he was being taken for his chemotherapy and remained present next to him throughout.

The consultant said that this was completely unacceptable and posed a significant risk to Samuel getting an infection which in his case would be life threatening.

Incredibly when Samuel was being treated for his leukaemia while serving his sentence, he was never handcuffed, guarded or treated in this way.

He was permitted to leave the hospital, go home for a few days and then would return to prison himself.

Yet now, he was being treated like some mafia kingpin or international terrorist.

It was only when I arrived and informed the DCOs that I needed to speak with my client alone that they left the room, albeit very reluctantly.

When I spoke with the DCOs and tried to explain to them the wholly unreasonable and arguably unlawful manner in which they were behaving, the two goons could only respond by saying

The IS96 is the official paperwork that authorises the Home Office to detain a foreign national.

Even after I spelled it out to them that as a terminally ill leukaemia patient, there was no risk at all of Samuel absconding or he would die, they refused to leave.

It was only after I made an official complaint that they agreed to leave his bedside and sit outside the room, in the event that Samuel decided to risk his life and escape the hospital.

The response to my complaint was as shocking as it justified the behaviour of the DCOs as standard practice and in the interests of security.

It even described their behaviour as “impeccable”.

We lodged a bail application which was urgently listed.

The Home Office continued to contest bail until the last minute of the last hour, literally.

It was only after I got to court that I was informed that the Home Office had released Samuel from detention.

The DCO goons were gone.

I asked Samuel and his family if they wanted to escalate the complaint to the ombudsman and take legal action against the Home Office on this issue.

I was incensed and really wanted to do so.

However they were just happy to have some privacy again during an incredibly difficult time and said to leave it at that.

After Samuel’s cancer went into remission again, the Home Office recommended deportation proceedings against him.

They detained him on two occasions and tried to deport him, during which time they denied him access to his medication.

Thankfully we secured an injunction from the High Court prohibiting his deportation until the legal proceedings had concluded.

Over three and a half years later, Samuel continues to fight his deportation in the courts.

This is despite the probation service assessing him as posing a low risk of reoffending and someone who has made an enormous contribution to society and tackling youth crime.

He continues to have to wear an electronic tag and report to the Home Office three times a week.

He has had his driving license taken and away and is prohibited from working.

Incredibly, despite everything he has gone through, Samuel has continued with his university studies and is due to complete his degree in engineering later this year.

Samuel is an amazing young man from a very hardworking family.

He is someone who will be of real benefit to Britain if allowed to stay.
Visadreams.com,  Diary of an Immigration Lawyer, is a blog run by Fahad Ansari, the director and principal solicitor of Riverway Law, a niche UK immigration and nationality law practice based in London.  If you would like any advice or assistance in relation to your immigration matter, please do not hesitate to email me at fahad@riverwaylaw.com or submit your details here.