It will come as a welcome relief for everyone that The Verne IRC in Portland, Dorset is due to close on 1 January 2018.

It will now be turned into a prison again.

It operated as an Immigration Removal Centre for just four years.

The detention centre located on the Isle of Portland is as remote as you can get.

Surrounded by cliffs and a moat,it is known as Britain’s loneliest detention centre. 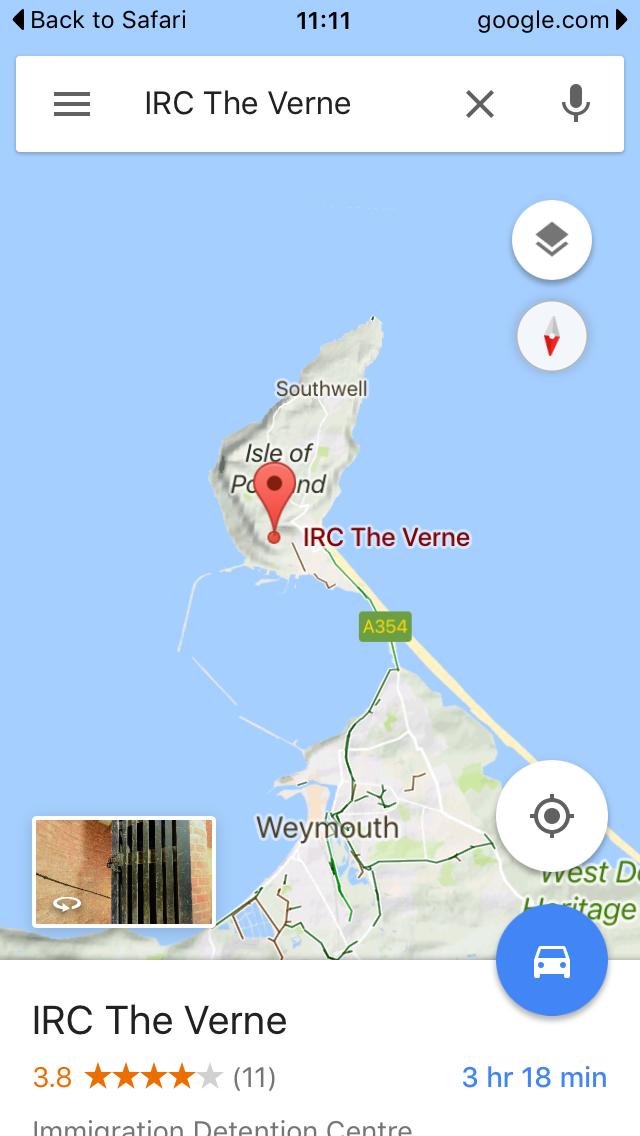 Over 80% of the centre’s 580 detainees do not receive any visits from family or friends due to the distance and cost involved.

A trip from London to The Verne takes a minimum of six hours return journey and will cost you approximately £100 in train and taxi fares.

Managed by the prison service, it operates more as a jail than a detention centre except that detainees are held indefinitely with no idea when they will be released.

There have been many incidents of self harm and suicide attempts at The Verne IRC and detainees has tragically died there.

How the Home Office will accommodate the 500 plus detainees who are currently in Tje Verne IRC is anyone’s guess.

They could just release them in line with their new interpretation of IRC as per the notice below: innovation-respect-compassion.