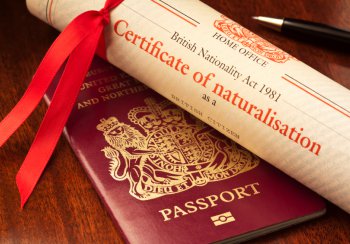 If you have a child born in the UK who is not automatically British at birth, there are a number of ways in which you can apply to have her registered as a British citizen.

The importance of British citizenship cannot be understated and brings with it numerous benefits.

Perhaps the most important advantage of citizenship is that it is permanent.

It is virtually impossible to deport or remove a British citizen unless they are first stripped of their citizenship.

This normally only happens in cases of national security and should not affect the vast majority of British citizens.

On the other hand, if a child has indefinite leave to remain and never becomes British, he remains liable to deportation should he ever commit a serious crime in the future.

I represent numerous individuals who have lived in the UK with indefinite leave to remain since they were young children but who now are facing deportation in their adult lives because of a single criminal conviction.

This would almost definitely not have happened had they been registered as British.

Other advantages of citizenship include:

In any application for citizenship, if your child is aged 10 or over, they must satisfy the Home Office that they are of good character.

Like many other citizenship applications, it is not cheap. The current cost of a registration application is £1012 and any additional legal costs you may have if you hire a solicitor to assist you.

It is important to get the application right as there is no appeal against a negative decision.

You do however have a right to have the application reconsidered by the Home Office which will cost an additional £372.

If this is unsuccessful, your only option is to judicially review the decision of the Home Office at the High Court, which can be a lengthy and expensive process.

If your child was born in the UK on or after 1 January 1983, and lived here for the first 10 years of his life, he is entitled to register as a British citizen.

Your child should not have been absent from the UK for more than 90 days in any one of the ten years.

You will need to provide the child’s birth certificate and evidence of his residence in the UK for each of the first ten years of his life.

If you or the child’s other parent obtains indefinite leave to remain or permanent residence, then you can register the child as British.

Any future children you have who are born in the UK after you obtain indefinite leave to remain will automatically be British.

You will need to provide the child’s full birth certificate and evidence of your ILR. If you are the father of the child but your name is not on the birth certificate, you may need to undergo a DNA test to prove paternity.

By far the most difficult way of registering your child is British is where he does not fit within any of the other categories.

The Secretary of State has a discretion to register him as British but you will need to make your case out in the application.

Unlike the previous two categories, the Secretary of State does not have to register your child as British but may choose to do so.

These are often refused by the Home Office although when challenged by way of judicial review, they do tend to reverse their decision.

The key thing to note about this is that the Home Office’s own policy states that there are no hard and fast rules in this category.

The critical issues are

It is therefore essential to include with the application

The Home Office frequently insist that at least one of the parents must be British or settled and the other one applying to settle but making this a fixed criteria is arguably unlawful as their policy states that there should be no hard and fast rules.

Although the financial costs of making this application are high, the potential consequences of not doing so are infinitely higher.