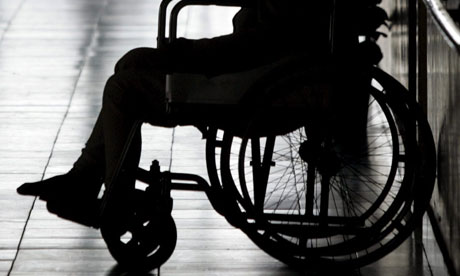 Earlier this month, it came to light that the Home Office had tried to deport a disabled man from the UK on the basis of a crime that they had simply invented.

The move was severely criticised by Mr Justice Collins in the High Court.

The hearing was the latest in the government’s 21 year battle to remove the wheelchair-bound Algerian man, known as Detainee G, from the UK.

The Home Office claimed that G’s presence in the UK was not conducive to the public good because he had been convicted of criminal damage in 2009 for which he received a 12 month sentence.

The High Court found that the Home Office’s decision was ‘seriously flawed’ because the conviction did not actually exist.

In fact, throughout his time in the UK, G had never been convicted of any offence.

Although the Home Office claimed that it had made an ‘administrative error’, the Court described it as ‘unforgivable’.

The judgement paves the way for G to be granted indefinite leave to remain in the UK.

Hopefully it will be the end of his lengthy ordeal but considering what G has been put through by the Home Office already, nothing is guaranteed.

Having arrived in the UK in 1995 as an asylum seeker, G was detained under emergency powers in December 2001 on suspicion that he was linked to an Al-Qaeda affiliated group.

He remained in detention in for the following two years at maximum security Belmarsh prison, where he was kept in solitary confinement for 23 hours a day.

Astonishingly, throughout his time in prison, he was never charged with any offence or even shown the evidence against him.

During his incarceration, G became acutely mentally ill and began suffering from paranoia and delusions.

He became so weak that his body, already very fragile from polio he suffered from since childhood, crumbled and he was no longer able to stand.

He eventually became confined to a wheelchair.

He was finally released in April 2004 on strict bail conditions after a court accepted there were serious concerns about his mental and physical health.

G was placed under 24 hours house arrest, not even being permitted to into his garden. He was made to wear an electronic tag and prohibited from having any visitors, making any calls or using the internet.

In 2005, the Home Office placed him under a Control Order that restricted his freedom of movement even further and then sought to deport him to Algeria again.

It was at this point that G even attempted suicide.

G’s only recourse to challenge the Home Office decisions were in the secretive court known as the Special Immigration Appeals Commission (SIAC).

Within the SIAC system, neither G not his legal representative were permitted to view or challenge the secret evidence against him.

Another Algerian man who spent years challenging his control order in SIAC described the process as “fighting ghosts”.

Yet on the basis of this secret evidence, G was deemed to be involved in terrorism and penalised accordingly.

But he was never actually charged with any criminal offence.

G remained subject to such conditions until 2013 when SIAC finally decided that he was no longer a risk to national security.

The Home Office however refused to grant G asylum or indefinite leave to remain.

Instead it only gave him 6 months leave to remain under the Restricted Leave Policy.

It was a challenge to this decision that led to the proceedings in the High Court where it was discovered that the Home Office were continuing to pursue deportation on the basis of a fabricated criminal conviction.

If the Home Office was willing to rely on an invented conviction to justify deportation in open court proceedings, one can only imagine what kind of secret ‘evidence’ was relied on before SIAC.

In 21 years, G has never been shown the evidence against him to suggest he was involved in terrorist activities.

In 21 years G has never been charged with a criminal offence.

Yet for 21 years, G, a severely disabled father of four, has been punished as if he has been convicted of the worst crimes.

G’s case once again underlines the importance of due process and the rule of law, a fundamental aspect of which is that the accused should be given the opportunity to see and challenge the evidence against him.

The High Court decision in G’s case can be read here.